I was reading a blog on NPR about race preferences in dating. The claim is that men favor Asian women, and women favor white men.

I had never really given the subject much thought before. If the stats say it’s true, then I suppose it probably is. But I would guess this is less prevalent in the kink community.

I dated a black girl who looked amazing in vinyl and had the softest hair. I dated a blonde, because every now and then you need a blonde. I’ve been with Mexican girls, a Malaysian girl, European girls, and I even had sex with a hooker in Thailand. (This is just to name a few, because as my blog name implies, my sexual history is a very long list.) And the only thing I can promise you is that race never really entered into it. I love a kinky, attractive girl. But I never stopped at Club Desire in Seoul and thought “Boy, I am glad this sex club is all Korean women.”

The reason I think this is true is that for folks in the community, kink is the biggest factor. Is someone kinky? Great! That makes them attractive. Does their kink match ours? Super! Now they’re more attractive! And race is just so far down the list of deciding factors that it never actually enters into the decision.

But I want to know, by private message or comment on this blog; do you think this study applies to you? Do you agree with the idea that attraction is subconsciously and inherently racist?

Because I think those of us in the kink community are less racist than the general population would seem to be. 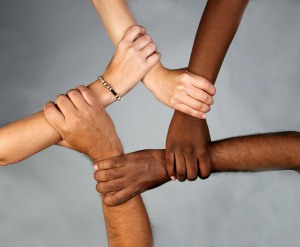