As I have mentioned before on my blog, I have an OKcupid profile. I have met some interesting people over the years through OKC, but it takes a lot of sifting through assholes to find them.

Recently a guy messaged me saying he was on Guam for work and asked if I wanted to hang out. He said he had read my profile and my blog, and that we had a lot of similar interests.

However, I already had stuff to do on both of the days he was in town, and I didn’t have time to go meet him.

As his messages got more and more desperate, he told me to blow off my husband, my friends, and my job interview. Obviously, I would not do any of those things. He was a jerk for asking.

But here’s the thing that really pissed me off: He admitted that he had a wife and kids and was in a monogamous relationship. 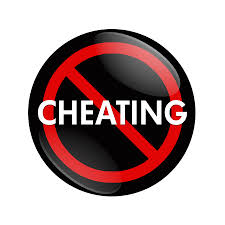 When I said I wasn’t cool with cheating, he said; “But you’re doing it too.”

I am going to make this point again, because I guess I don’t say it enough on this blog: Being poly-amorous is not cheating. Unlike this asshole’s poor wife, my husband is not in the dark. I share conversations with him often with folks I talk to online, and when I go meet people I tell him about it.

See; we discuss the situations we find ourselves in and we decide what we’re okay with and what we’re not okay with. It’s okay for those things to change, but it isn’t okay to sneak around and lie.

Cheating is when you lie to your partner.

I once dated a married guy who said his wife was fine with sex outside the marriage, but he couldn’t stay the night. At various key parties or group events, there are sometimes folks with rules like “no kissing” or “no penetration.”

Everyone makes their own rules. I am not cheating on my husband by talking to various guys and girls online, because he knows and we feel that it’s okay. But the guy who wanted to sleep with me while he was in town was cheating, because he and his wife agreed on a monogamous relationship and he was lying and breaking the rules and her trust.

You can perhaps see the important distinction there that he could not?

I seriously considered taking a screen shot of the conversation and of his picture, and posting it on reddit or somewhere else, in hopes that his wife might find out. After all, I do not like to see innocent people lied to. If he tried to cheat with me, then I am sure he has cheated with other women and that is putting her life in danger. He could contract HIV or Syphilis and give it to her.

However, I don’t generally butt into the lives of others. So, I just quietly hoped that his wife would find out in some other way, because it’s unfair to her for him to behave the way he is.

My point is: don’t lie to people if you love them. Respect the boundaries you negotiate for your relationship. And, as I have said before, if you’re going to lie, don’t bring me into it. 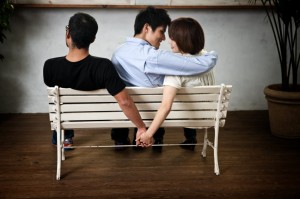