The Marketplace series is a set of books about a fictional world where “slaves” are trained and sold, much like Africans were in the early Colonial days. Of course, the 14 Amendment bans slavery, and the FBI is all over human trafficking. So real selling of people doesn’t happen (in spite of the fact that the book claims it’s “real.”) It’s a pure fantasy world for submissives who want to imagine living in a 24/7 “non-consent” scenario.

I think the coming out stories are good for people new to the lifestyle, because it helps for them to hear how others discovered their kinks. There are lots of positive aspects to this series for new kinksters, and I would definitely recommend it.

In addition, it is well-written (much better than 50 Shades of Grey in terms of actual writing style.) The writing is engaging and it moves at a good pace. 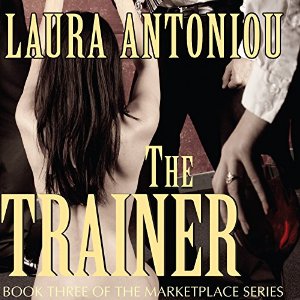 I think I would recommend this series to people who haven’t been too deep into kink for too long. If you have been in too long, you might find it frustrating because of the portrayal of slavery as “real” in our world. I know I found it hard, because I didn’t want people to get unrealistic expectations about the community. But obviously, my perspective is limited to my experiences (as is everyone’s.)

I highly recommend it if you’re looking for a flight into a fantasy world of kink.