This is probably the fetish group most pointed to when people want to prove that the kink community is “sick” and that we’re all terrible.

I can not tell you how many times I have said I was into kink and people have said ignorant things like “Oh, that’s gross. I wouldn’t want someone to poop on me or whatever.”

They bring up that old to girls one cup video and talk about how twisted we all are, and I know that it would be an uphill battle to ever get them to consider anything open-minded. 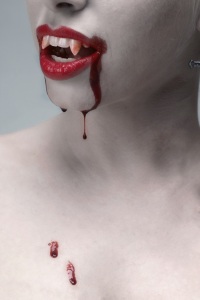 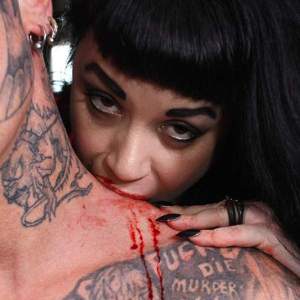 If you don’t want to pretend to be a vampire and drink blood, then I am not going to judge you for that. However, I really think we need to stop judging people who do. Vampire culture has been around for hundreds of years, and people have been drinking blood as long as there have been people. If you don’t like it, okay. But don’t use blood play enthusiasts as an example of what is wrong with the world.

Lactation fetishes and a love of breast milk and pregnant women is also one of those fetishes that people like to point to as if there is something wrong with it. I can’t think of anything more natural than breast milk, actually. For most of human history we all started out drinking it. If you don’t think it’s sexy, that’s fine. However I think it’s fair to say that lots of people find it sexy, and they don’t deserve to be marginalized just because you don’t understand why.

As for golden showers and scat play, this is often part of a power dynamic. The submissive feels degraded and humiliated (common fetishes) by being forced to endure contact with the most forbidden of all things. The master feels powerful because they are humiliating and degraded their sub.

Again, your kink is not my kink and that is okay.

Let’s try to remember that fetishes related to body fluids are very popular, and often if you are talking about how gross you think it is, it’s likely that you are talking to (or near) someone who would disagree.

I know I like sweaty, wet, messy sex. I like it when I need a shower afterwards. I don’t necessarily want to be neat and prim about something that is a really primal act in my mind. So, you know, who am I to judge?