A girl in a group I belong to recently told me that I should be the one to organize the next event because “I don’t have trouble dealing with people.”

I am really glad that I come off that way, but it is not something that happened without a TON of work.

I just needed to confess somewhere that I have social anxiety, and that I always have, because the way she said “you don’t have trouble dealing with people” really got to me, and I needed to deal with that somewhere.

My parents met at a First Edition Dungeons and Dragons quest at Berkley. My mom was the Dungeon Master, and she killed my dad every game. He always had to roll up a new character before they played again. I guess that was her version of flirting.

They were extremely awkward people.

My dad was an engineer. I know they aren’t all obtuse and awkward, but the stereotype that engineers ARE socially awkward comes from people like my dad. He had this laugh like a donkey that always made everyone stare, and he never even noticed that they were staring. 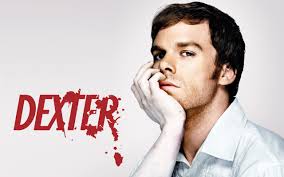 Growing up with parents who bought an isolated farm on purpose to raise us on, and who had no friends, did not help me learn to socialize.

Having a younger sister who was a sociopath as basically my only playmate didn’t help either. She was really frightening. I remember one time when she squeezed a baby chicken until its head came off, and then tossed it aside as if she had done nothing worthy of concern. I was so upset I cried hours in one of my secret hiding places.

In my teens, my parents kicked me out of their house.

I lived on the streets for years, and awful shit happened to me. I was a naive and pretty girl from a small town, so you can take some guesses as to how that worked out for me. If I hadn’t had social anxiety before, the PTSD from being homeless and all that came with that would have ensured that I developed it.

All the while, I had Grave’s disease, so my body was attacking my thyroid gland. This caused my thyroid to overproduce hormones, and made me live in a constant state of fight-or-flight.

I couldn’t afford healthcare, and anyway, I thought it was all in my head when my heart started racing if I had to deal with a person. It felt like my heart would rise up in my throat and I would sweat and feel light-headed.

I just thought everyone always felt that way, you know? People all talk like they struggle with social stuff, so I always assumed they all had the same panic that I did. When I read the definition of a panic attack in one of my Psych textbooks, I remember being confused and thinking “that’s not normal?!?”

The thing is; I am fucking stubborn.

And because my husband is in the military, I have to keep making new friends, because we move away from the old ones. I have been making new friends constantly my entire life, and sometimes the fear of rejection is just crushing.

It has never gotten easier for me.

Just a few weeks ago I was hanging out with a new friend that I met through a hiking group I started. She is cute, and smart, and interesting. So naturally I  feel big and dumb and awkward around her. And I remember thinking “I am so glad she can’t tell how freaked out I am. I hope I am not acting weird.” And I always feel that way. All the time, my entire life, for 35 years.

As I said, I am stubborn.

But no matter how stubborn I am, I still have social anxiety.

It’s not easy for me. And I know after all these years of practice that it never will be easy, because it’s exactly as bad as it always was.

The moral of the story is: Don’t assume that other people are more confident or more comfortable around people than you are. Just because they don’t talk about how they feel, doesn’t mean that they don’t have feelings.

I am pretty fucked up inside and my nightmares are worse than any horror movie I have ever seen. There are places in my head that I can’t look because I will cry for days. I am glad that I come off as together, friendly, and good at planning. I am glad that people feel like asking me to take charge of events because I am “so good at it.” I am glad that I inspire confidence and motivation in others.

However, it’s not easy.

I guess if I were to give this story a moral, the moral would be this: Just do the things you are terrified of. Push through the panic attacks and the sweat. Push through the sheer terror and don’t let yourself give up.

It never gets easier on the inside. That much is true. On the inside I am still the little girl hiding in a cupboard from my little sister because she was so scary. I am still the homeless teenager who was hurt too much to feel anything for a long time. And I am still the person who panics and says stupid stuff at inopportune moments in my head.

However, on the outside, years of public speaking classes and practice have paid off. Outside my own head, I actually manage to convince people that I am cool and confident. Outside my head, I am the girl who stitched up my friends’ head after he got beat up by a gang. I am the girl who kept my calm when they pushed me out on stage in front of thousands of people to do a count down to Midnight at one of my shows on New Year’s. Outside my head I manage to speak at funerals, make friends, and plan events.

So I am living proof that someone who grew up with social anxiety and geeks for parents can still have friends and do stuff. And if I live as much as I possibly can outside of my head, I can even enjoy some of that stuff. And so can you.

Obviously I always suggest that you think globally but shop locally. However, that’s not something you can do often with kink (to my dismay.) Of course sometimes you know a great leather guy who does custom work, or something of the sort. But mostly, we have to order our toys online.

The question then becomes: Where to shop?

Of course you can always go to amazon.com, and hilariously, sometimes you’ll find a good deal.

However, let’s talk about some more targeted shopping. 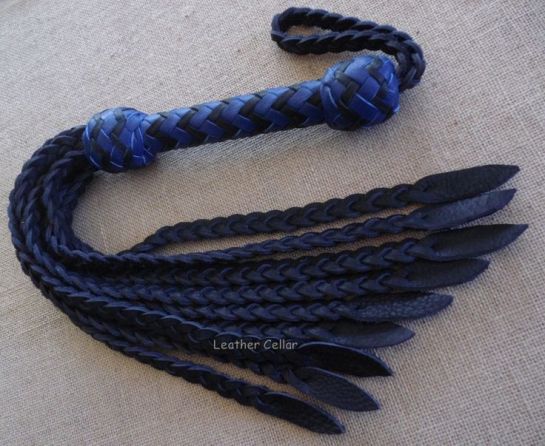 I have always had a soft spot for stockroom.com because they were willing to ship to me when I lived in South Korea.

Sex shops in Korea are very overpriced and have almost no selection.

Therefore, Stockroom.com saved me, and I will always be grateful.

Their stuff is definitely more targeted towards man-on-man action, but there are some awesome toys on there. 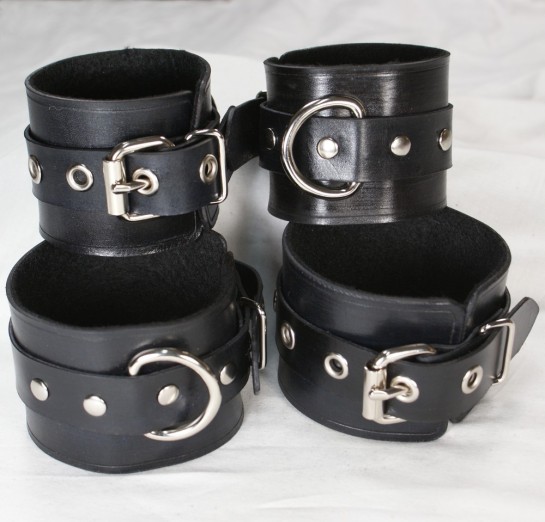 My friend suggests Ethical Kink as a good resource.

They have synthetic leather and synthetic hair options, for those who don’t want to use animal products.

I admit that I can’t give up the smell of real leather.

However, I am totally happy to use fake hair on my tail butt plugs, since it lasts longer and doesn’t absorb bacteria.

So, check them out. 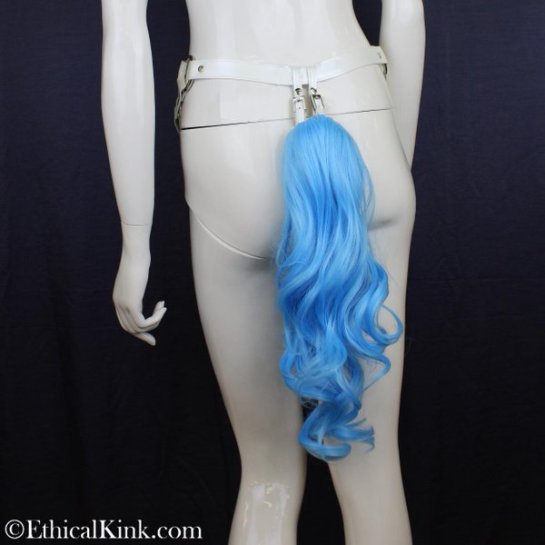 For rope, you can’t do better than Twisted Monk.

These guys are awesome, and even include helpful videos on how to do various ties.

You could absolutely have an entire workshop based around everyone buying some rope from Twisted Monk and then following along with their videos.

For crazy-classy collars, Eternity Locking Metal Collars is the most elegant thing you can find.

They are gorgeous, and having owned one, they are also easy to use and very functional. I highly recommend them.

They are not for play, of course. But for everyday kink wear that fits into a vanilla world, these collars are a beautiful option. 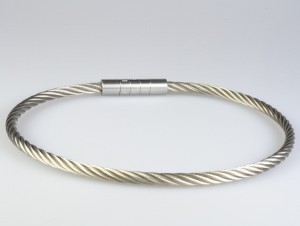 There are also all kinds of suggestions online for where to shop, and I think that is a wise way to go.

Always go through someone who is recommended to you instead of a random website; just to be safe. 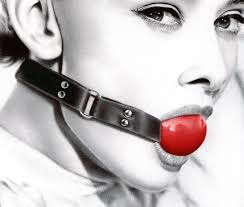 Recently I made a new friend who I liked enough to have over at my house. However, I didn’t want her husband and my husband to sit there feeling weird while we talked, so I invited some of my other friends to make it more of a party, and less of a high-pressure situation.

This new friend of mine is vanilla, but she knew that my husband and I are kinky, and that we have other kinky friends. (That will be important in just a second.)

So she came to the party and hung out. After a few drinks she asked me to go for a walk with her, and I agreed. And that’s when she dropped this little bomb on me. She said:

Now, I know you kinky people probably felt offended when you read that. I admit, I was a little taken aback myself.

However after some thought, I decided that I can see why a vanilla person might think that. I mean, these are people who hook up with strangers without trading STD tests, doing a scene negotiation, or any other preliminaries. They just haul off and have sex with people they don’t know without even talking about it beforehand. Vanilla folks really are just down with surprises. When you come from a group where things are surprises or not discussed, I guess I can see how you might think that other groups would be like that too.

Those of us in the kink community are decidedly the opposite.

I mean, I have been in the kink community for 21 years, and no one has ever invited me to a surprise sex party. Everyone has always made it clear exactly what will be going on before the party starts.

We kink people really love our paperwork, discussion, and negotiations. We are not into surprises. 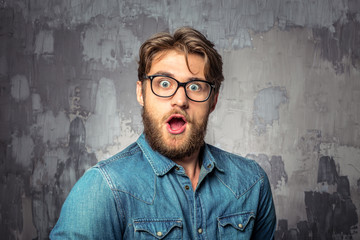 Upon reflection, I realize that the kink community taught me to dislike surprise. When I was a kid I was fine with it. However, years of scene negotiations and consent forms later, I have become more open-minded and less inhibited than before, but also really not into surprises.

And you know what? I am cool with that. I will take the way I am over a vanilla person any day. No offense you lovely vanilla folks. You’re good people. But I will always be way more cautious and into full disclosure up front than a vanilla person will ever be.

There is a site called Primal Hardware which sells mostly your usual sex toy fodder. However, a new edition made me laugh, and I wanted to share it with you.

It is a dildo-like device which allows you to deposit “alien eggs” made of gelatin into the orifice of your choice. I am not sure if the excitement is in having the eggs go in, or in having the eggs come out. It seems like gelatin would melt at body temperature though, which seems like it would make quite a mess.

Then again, I suppose if you already have plastic sheets, you could consider the gelatin to be tube and give that a shot? The device is named “G’lorp,” which I think is probably the perfect name.