This is because of one experience when I was young, which led me to move through the muggle world in plain clothes and change on location every day after it.

I was driving home from a night at the dungeon, and I was in a short skirt, fishnets, a corset, and very tall boots. I got pulled over by a cop who was presumably very bored, since I was doing less than five miles over the posted speed limit.

His attitude was okay when he first walked up, but once he had a good look at my outfit he became a total dick. He claimed a car matching my car’s description was reported stolen and that he was going to impound my vehicle. He told me to get out and start walking. This was at 3am on the side of a freeway. The nearest off ramp was more than a mile. 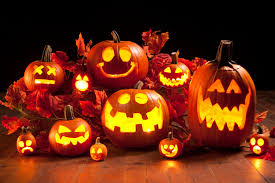 The point is: 364 days a year people look at me like a freak unless I go around in plain clothes. But on one special, magical day of the year, I can go out of the house dressed as ME.