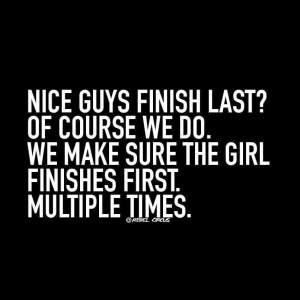 This is not a kink post. This one is for everyone. I recently read this article, called “A Women’s Right to Say Meh.” And now I feel obligated to reiterate something I have said before, but which most men still don’t know.

It’s not that it doesn’t feel nice. It can. But it’s not how we get off. And I am so sick of men thinking that it is. Let’s examine a scenario:

(Most girls just read that and saw red as they remembered how much they hate that moment of sexual frustration and jealousy and misery right after.)

This plays out in bedrooms across the planet every day, and just writing that made me want to go punch a random dude in the face because I am so mad that this is still a thing.

I don’t even have sex with guys anymore if they can’t tell me how a women gets off. I just laugh and tell them no. This makes it look like I don’t like sex; and that’s not true. I love sex. But I want to have an orgasm too, or what is the point?

(I still get a little wet just thinking about it.)

That demonstrated not only an understanding of female orgasm, but an enthusiasm for it. He wanted to do a thing to please me, and of course, that made me want to do things to please him.

Women are all different, so some of us can be kind of complicated. Female genitalia is not standardized, and so some of us like our labia played with, while some of us find it annoying. Some of us are okay with you using a finger in our ass while you lick our clit, and some of us are not. Different things feel good to different women. But the universal fact is that the sex organ we have which causes us to orgasm is simply NOT in our vagina. It’s not. Honestly. Look at an anatomy book. The clitoris is very real, and it lives above the vaginal opening. And if you don’t directly stimulate it, the woman you are playing with is not going to have an orgasm. 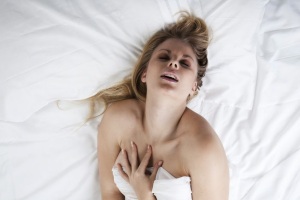 Often when women say no to sex, it is not because of the cultural nonsense that brands them a “whore” if they have sex and enjoy it. Many women are over the stupid social connotations and are willing to admit that sex is fun and they want to do it. But that doesn’t mean they want to have bad sex. If it’s just going to suck, what is the point?

I think we have all had enough moments where we lay in bed next to a guy who has just got off from pounding our pussy, and he’s happy and euphoric from orgasm; and we want to stab him in the throat because he says “Did you get off?”

No. No we did not. We don’t just magically get off without help.

The simple fact is that most men suck in bed.

That’s right guys. Most of you are awful. And unless you get better, there is no reason for us to want to have sex with you. If a girl seems “meh” about sex when you bring it up, that is probably because you didn’t bring it up in a way that appeals to her. So read some stuff online, look at a diagram of female genitalia, and learn how to please a woman. Then, let her know that you know how and that you are willing to do it every time.

My very fondest memories of nights spent with a man was a guy who insisted that he wanted to get me off at least twice before “the penetration part.” Sometimes we never got to that part. Sometimes he would be exhausted after my second orgasm and just curl up with me and fall asleep. He was one of those rare guys who loves to watch other people squirm; a people pleaser who saw the female orgasm as a fun puzzle to solve. He was happy just making me happy, and for that, I would have followed him to the ends of the Earth and walked through fire to make him happy. Because, when a woman finds a man who is actually good in bed, she will do anything to keep him.

I once heard this piece of advice given to a boy:

“Now look; a women doesn’t want a man around all the time. Sometimes they find you an annoyance, because they would rather be in sweat pants eating ice cream with their girlfriends. A woman can easily find another man, and so she considers him replaceable. She’ll walk right out the door on you. But if you can please a woman in bed, she’ll have her hand on the doorknob, and she’ll turn around and decide to stay.”

This is true. In High School I was the girl dating the one guy who knew how to give good oral sex, and every girl in school tried to steal him from me once I opened my big mouth and told them about it.