This is upsetting, because attitudes about sex were more liberal in the past. How can the very same people who were fucking like rabbits when they were young now be passing laws to take away sex education, abortion rights, and sex worker’s rights? They are also the ones passing laws against free love and kink.

Granted, the 60’s had its problems. Women and minorities had less rights than they do now. They were only allowed to work in certain jobs, and women weren’t even allowed to have credit cards. Plus, sexual assault was rampant and went unpunished far more often than it does now.

However, it baffles me that we -as a species- got that progressive about sex before suddenly turning around and become puritanical again.

If you stand back and look at it, it’s almost like they are punishing us. We are asking them to stop being racist and sexist and to act with more respect towards women and minorities. Their response is to think:

“What did I really enjoy when I was a kid? Oh, free love. Let me make sure no young person ever gets to have the fun that I had.”

Without safe spaces like Fetlife.com, we will have nowhere to meet up or make plans. And any time you drive something into the shadows, you invite crime and victimization of the people in that community. This is a dangerous time for us, and there is only one way to respond to danger:

I am not a Satanist (as it happens, I am a member of the Unitarian Church of Pasta) but I do like one thing that Anton LeVey wrtote in the Satanic Bible. If someone attacks you, do not turn the other cheek. Instead, smite them! Crush them beneath your boot for their arrogance and cruelty! When someone brings the fight to you, fight back!

So please, if you care about the kink community, write to your Congressional Representatives and fight for our rights! 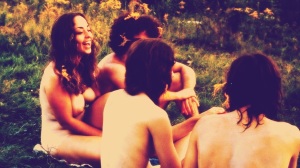 I have been to several sex clubs and sex-related parties around the world. My favorites include Club Desire in Seoul, and The Velvet Rope in Portland. I have a lot of good memories there, and I hope to get to go back some day.

I don’t know why anyone thinks they should have a right to tell grown-ass consenting adults what to do in private clubs. For the life of me, I can’t figure out why it’s anyone’s fucking business.

Yet, there is a worldwide crackdown going on, and it’s targeting open-minded people who like to have fun.

Just the next day reports came in about Fetlife parties being hosted at a private home in Colorado. All the windows were shut and shuttered and no one broke a single law, but the news still wrote it up as though people having consensual sex was a crime! The residents admit that no noise ordinances were being violated and there was literally no law at all being broken, but said they still planned to stop it. 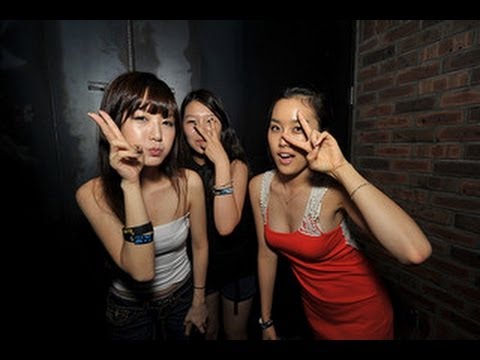 All this comes in the wake of the US law FOSTA-SESTA being passed. This law claims to “stop sex trafficking.” However, what it really does is give the government a license to shut down any website where a person could meet a sex worker. Oh sure, it started with Backpage and the Craigslist Personals, but do you think they are going to stop there?

After all, I have had prostitutes solicit me on Tinder and OkCupid. I have my gender set to “male” on Facebook and I get sex workers trying to add me all the time on there. They claim to be “models” but then offer to meet up for money.

Basically; our freedom to be kinky and have fun sex is being attacked from every angle. After all, you may be able to get a prostitute on OkCupid, but we don’t use it for that. We use it to meet other kinky people because they have questions that allow you to imply that you are into kink and get matches of other people who are as well.

Of course, I am saying that kink is in danger from all of this -and it is- but that’s not the only issue. I may selfishly be more worried about kink than other aspects of this law because it has a direct effect on me. However, this also really puts sex workers in danger, and I think that is something that everyone should be upset about.

There will always be people who sell their bodies. Coal miners, for example. They are going to die of black lung, but they choose money over their health and do a job that makes them sick. Workers in oil fields are the same, as are fire-fighters. If you put your life and health in danger for money, then you are selling your body.

Yet sex work is treated differently from these other types of selling your body. Why? It’s the same thing, except the health risks are not as bad. And like all other ways that you can sell your body, these people should be allowed to have unions, healthcare, and everything else any other job has. Instead, we are going the other way and taking away their rights and their safety.

Critics will say “This is about victims of sex trafficking” and then they will lie to you and quote over-inflates statistics for how many people are the victims of trafficking. Don’t get me wrong; sex trafficking does sometimes happen. It is a big deal and we should absolutely stop it. However, it’s far less common that conservatives would have you believe, and the only way to fight it is by legalizing sex work.

I am from Arizona. In Arizona you have to get a license to be an exotic dancer. This licensing requirement helps make sure that all the girls are of legal age, consenting to what they are doing, and not trafficking victims. It is a way to make sure that those girls are doing what they want to be doing. I think it costs $15, so it’s not hard to get. You fill out a couple forms and *BOOM* you’re legal. 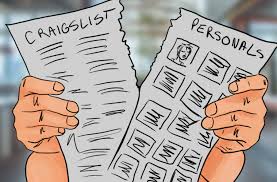 If we did this same thing for prostitution, we could easily catch all trafficking victims and rescue them immediately.

Keeping things in the shadows makes it easy for abuse to happen. Bringing things into the light, on the other hand, helps protect people and stop abuse. There is no way around it; because this is backed up by data from the US and from many other countries. Legal and regulated sex work saves lives, and it stops human trafficking.