Even vanilla people hate first dates. Half the guys are creepers. Half the women are Republican. There’s not much chance for a good match.

The more complicated you like your sex, the harder it is to find someone that you are compatible with. That’s why dating in the kink community is so much more difficult than dating in the vanilla world.

Actually, I don’t even like to call the first meeting offline a “date” because I think that puts too much pressure on it. It’s always annoyed me when people refer to a first meeting as a “date,” as if trying to overlay some societal expectation onto my behavior. I’m just trying to figure out if you’re cool since you wrote to me on the internet. Let’s not call it a date unless we already know each other from somewhere and we already like each other.

“Dates” are for people who have a mutual attraction. One does not get that from text online. One gets that from being around someone in person. There’s no substitute.

Anyway, as an example of first date hell: I recently went out with a girl. She contacted me, and I figured it was worth a few hours of my time to meet her (even though I have been feeling like shit lately) because anytime a semi-normal person talks to you on Fetlife it feels like you ought to at least meet them. She picked the place, which was an IHOP by the airport. However, I endeavored to keep an open mind.

As far as kink goes, we were a match. She’s a submissive of the sort I would want. She’d be willing to play with my Pet as well. She’s fine with swapping STD tests. She even likes D&D (which I feel shows an aptitude for Role Play.) In terms of just the potential for kinky sex, we were a match (which is so rare!)

And yet, somehow someone who seemed completely perfect on paper turned out to be a chore to be around in person. She kept throwing out completely false facts like:

“We only know about 5% of what is in the ocean so there are animals we don’t know about in there that could just come eat you.” (That’s not true- we know about a lot more than 5% of the animals in the ocean, and you will not get eaten by a mysterious and unidentified animal if you snorkel.)

“Less than 1% of abortions are because the baby is deformed or because the mom is at risk.” (Again, not true at all. Most abortions are done because there is a risk to the mother or a problem with the baby. It’s not a choice people make lightly. But of course, Republicans have made sure that you can’t demonstrate this because in the 90’s they made it illegal to collect data. I rely on data from other countries because that’s all you can get anymore.)

You might ask yourself: “Couldn’t you just gag her while you fuck her and not spend any time with her outside of sex?”

Yes, I think some people could make that work. I wish I was one of them. But the thing is, I can’t get horny for someone who grosses me out as a person. She’s anti-choice! How could I get into that? How could anyone? My sex drive went in reverse listening to her talk about her kids (one of which she doesn’t like and all of which have different dads.) Then there was her Fox News talking points about how healthcare in Canada is “basically murder.” Everything she said was gross and untrue, and I kinda felt like I needed to take a shower after talking to her.

After the underwhelming meal, she followed me to my car (though I tried to say goodbye in front of the restaurant.) That’s when it got bad. She made fun of my Jeep.

It’s a 2004 because I wanted something older. Newer cars are impossible to work on yourself since everything is computerized, and who wants to spend money on mechanics? Plus I don’t feel comfortable driving nice cars because then if a shopping cart rolls into them in the parking lot, I have to get upset about a scratch. Also, I park it at a lot of beaches and hiking trails in sketchy areas, and no one is going to break into an old Jeep because they assume there is nothing to steal (and they’re right- I don’t keep valuables in my car.)

She also made fun of it for being dirty, which is so dumb. Why wash a Jeep? It’s just going to go off road tomorrow and get dirty again. What? Am I supposed to care what people I don’t know might think if my car is dirty? Fuck them. Fuck anyone who wants to have an opinion about the mud on my tires or the dirt on my windows. As long as I have good visibility and it’s safe to drive, the mud stays.

It’s more than the specifics, though. It’s the general issue with people like that. They live their lives trying to impress others. That sounds exhausting, pointless, and like a complete waste of a life. You couldn’t pay me to care what a stranger thinks about me! And to be so shallow that you need to make yourself feel valuable by having nicer things than others? Yuck!

My value comes from within. I’ve seen and done amazing things. I’ve traveled the world. I’ve meditated with monks in three different countries. I struggled with issues stemming from childhood abuse, battled my demons, and won. I did event planning and threw fetish proms and made amazing memories for myself and for others. I’m proud of who I am, what I have done, and how I see the world.

Could I drive a nice car if I wanted to? Yup. Could I wear brand name clothes if I wanted to? Yup. I could have amazing things and I could polish them daily in hopes that others would validate me by congratulating me on my shinny possessions. I could waste my entire life on vapid, stupid pursuits.

I’m going to do the bare minimum required to survive so that I have time for FUN. I want to climb every mountain, snorkel every reef, and have all the sex. I want to spend my time doing things I love, and spend my money on amazing experiences. For example: That girl spent about $400 a month on a car payment. I spent $400 during my entire week of backpacking around Chang Mai. There is no way I would rather have a fancy car for one month than those memories. 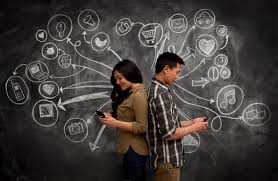 This is why dating in the kink world is harder. It’s also why I hate calling it a “first date” when I meet a new person. There’s just too much going on.

Vanilla Concerns: Can I stand to be around this person? Do they say things so heinous that I want to punch them? Are they a racist piece of shit or a Trump supporter? Are they a feminist or are they an idiot?

I’ve been very lucky to have found a lot of compatible people in my life. And when I like someone, I’ll keep them around forever. Example: I have a boy who I like as a human (he’s nice, we have similar values, and he’s into D&D.) The sex wasn’t always great, but there were some really hot moments that I still fantasize about. I’ll probably talk to him as long as he wants to talk to me. I’ll also harbor hopes that we can recreate some of those really good moments. Plus, I’ve grown to consider him a good friend.

I think that’s the best way to be kinky and poly. Find the people you are compatible with, and just keep them around for the rest of your life. It might not work for everyone, but it works for me. Anything to avoid dating, right? 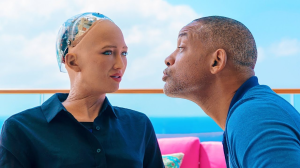