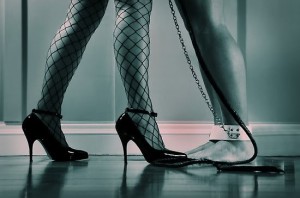 A friend asked me how long an average kink scene is, and I had to think about it because it seems like it is different for everyone. I thought it would be easier, instead of giving a time, to break down each section.

Before your intended arrives, there are things you need to do! First, get a dungeon playlist together. Nothing that is going to make you guys laugh. (Unless you want that in the scene.) I guess what I mean is, nothing that will make you break character when you don’t want to.

My favorite bands for play are element a440, Hardwire, Faderhead, and Selfless. But of course, I throw in Marilyn Manson or NIN from time to time, or whatever I am in the mood for that has a good beat. Sometimes it’s a Children of Bodem kind of day, or a Cradle of Filth Day. Obviously not everyone has my taste in music, but that’s just what I like.

Set out your toys! You don’t want to go rummaging for things, so set out all the toys you want to use and make sure they are all clean. If you will be using condoms, set those out as well. Make sure everything you might need is already out and ready to go.

I usually take about 30 minutes to an hour to select my playlist, layout my toys, and prepare any required paperwork.

I like to make tea, because I think it’s easier to talk about sex with a warm cup of something in your hand. I also enjoy using forms for new subs, because I think it makes it easier for them to tell me what they want and what their limits are. For men who will be using toys that make marks on women, I always suggest one of the forms you consider is a consent form, making it clear exactly what is being consented to. Hitting? Leaving marks? Sex? Get it in writing, just in case.

Scene negotiation is about communication. Establish safe words, talk about limits, suggest roles, and discuss general things you want. Also, discuss STDs and trade tests before agreeing to have sex without a condom. Discuss how you plan to prevent pregnancy (if applicable). Just get all the issues on the table.

With a new person, this often takes me an hour. But with someone I play with regularly, it’s more like a 15 minute ‘what should we try today’ kind of thing.

Then comes the actual tying up. Of course I have talked about rope not being my favorite thing. I am more the cuffs and collars type. But whatever you do to restrain your sub, then you get into the various ideas for what to do.  Obviously there are lots of toy options from nipple clamps to floggers and whips. There’s knife play and fire play and any number of fun games to play with someone when they are restrained. 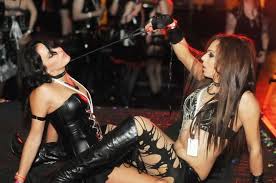 The sex part and the play part can totally overlap. I am not trying to tell you how you have to run a scene or anything. However, if you’re whipping and spanking and such, there is usually a level of physical distance between you that makes sex impossible, so I am assuming that most of us do the sex part after the play part.

I have written before about how sometimes sex is a long affair if you get one of those wonderful guys who is obsessed with giving women multiple orgasms. (Miss you all the time Dante!)

Anyway, how long this takes is up to you. I am going to say about an hour, because that seems about right.

This is really important so please don’t skip it! Resentment builds up way too quickly in kink relationships when it comes to things that both parties don’t enjoy. It’s harder to talk about than vanilla sex.

So, hold your sub. Pet them. Tell them that they are beautiful and that they are a good girl/boy. And invite them to give you feedback. Be genuine. You want feedback. It’s okay if they are too shy to speak up the first few times. Just keep asking.

I guess this is usually 30 minutes to an hour.

So, how long is a scene? I have no idea. I guess my point is that it all depends on you.